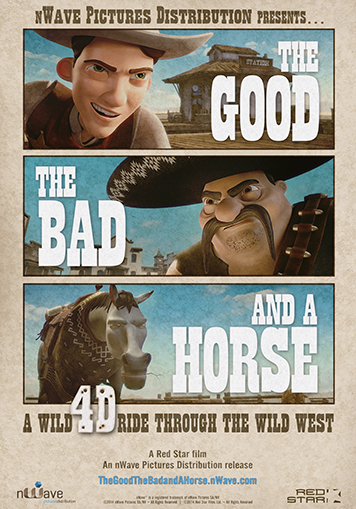 “The Good, The Bad and A Horse 4D” tells the story of a brave young sheriff and his horse in pursuit of the meanest, baddest and stinkiest bandit in the whole wide Wild West.

The bank robber evades capture by means of a most unusual weapon and escapes on a train with the loot. But our hero doesn’t give up. Accompanied by the West’s most ornery, most reluctant and most apple-minded of steeds, he chases the villain down.

From a shoot-out in a blackened mine to a roller coaster ride on hazardous railway, we follow these iconic characters in a full 4D comic adventure

(From the distributor’s site)