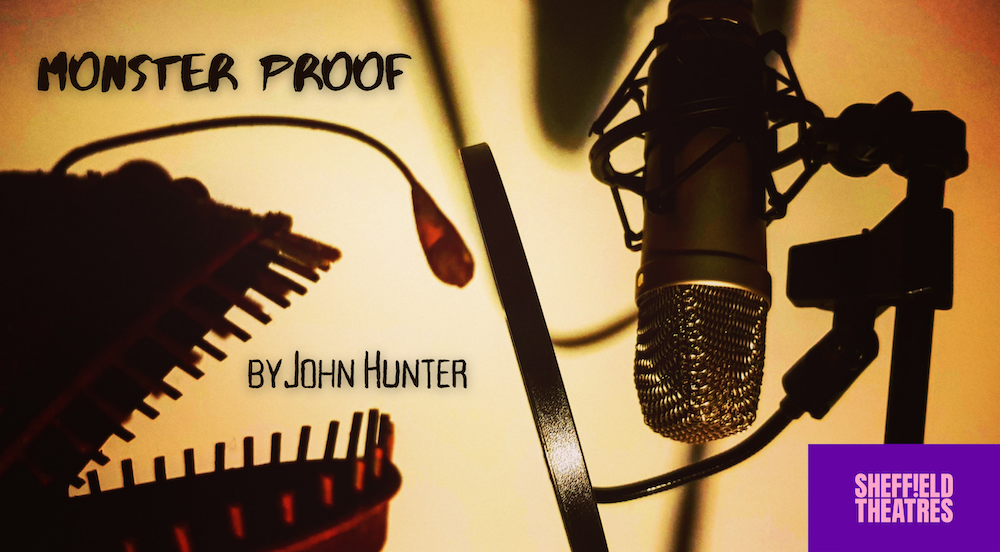 A Godzilla-scale arthropod is stomping through the city. Yet firefighter Verity can’t convince eccentric exec Carol to evacuate her penthouse, or convince Carol there’s a monster out there at all.

That’s how it starts. Over the next year (portrayed in 60 minutes), an ignored Yorkshire city near the Rhubarb Triangle suffers – but endures – repeat monstrous attacks by giant centipede-like creatures appearing from another dimension, while the rest of the world remains immune.

Inspired by climate change, B-Movies, the Blitz spirit and various other timely catastrophes that shall remain nameless, Monster Proof is a comedy-drama anthology performed as live radio in the vein of Slung Low’s 15 Minutes Live series, touring stage performances of the Welcome to Night Vale podcast and Orson Welles’ infamous War of the Worlds broadcast.
Narrated by a collection of offbeat characters in unexpected scenarios, join them in a sensory, sound experience, as they explore this first year of The Millennipede Invasion.