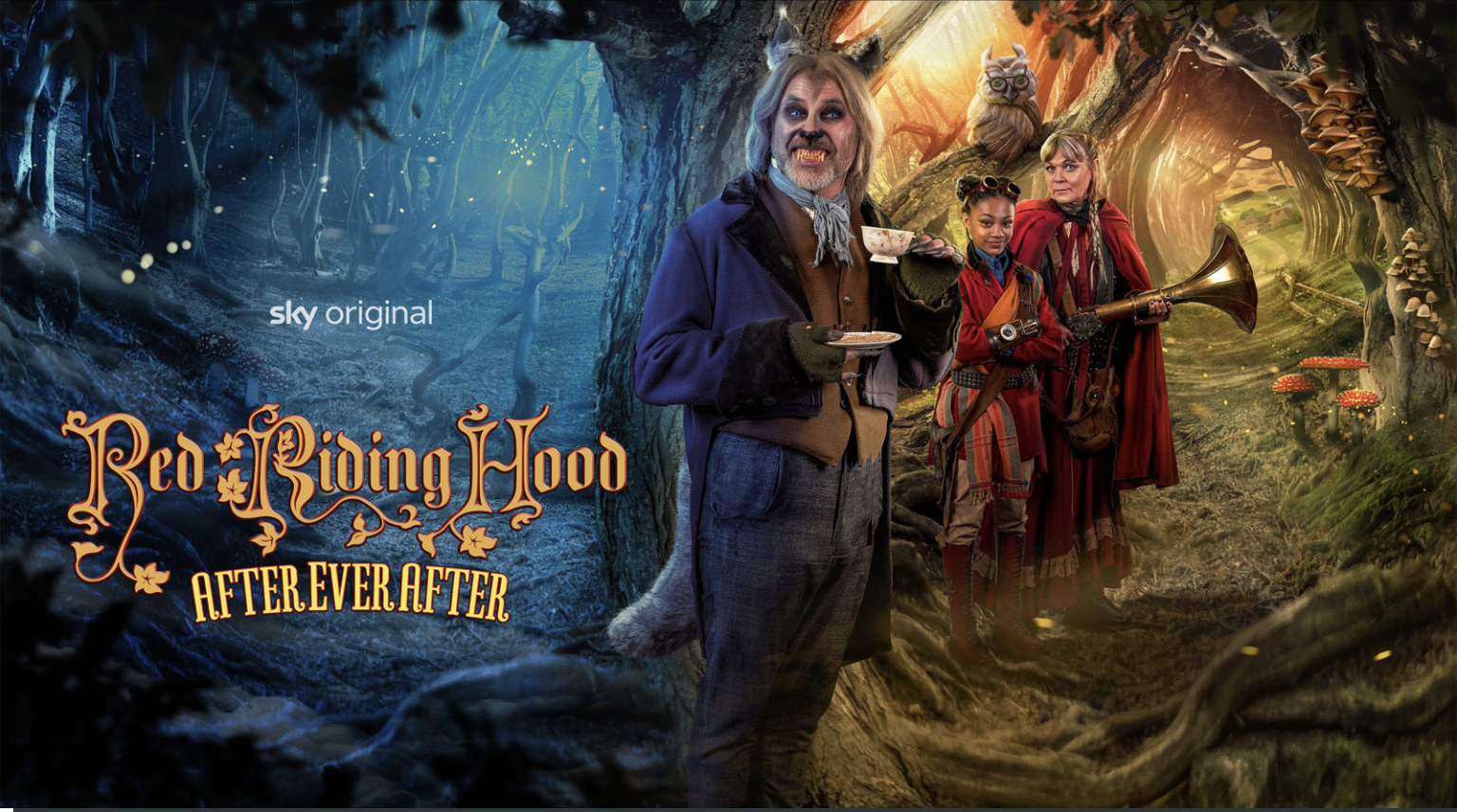 Written by: David Walliams and The Dawson Bros.

David Walliams’ fairytale anthology series, After Ever After, returns to Sky (UK) this Christmas (2022) with a sequel to Little Red Riding Hood. This is the fourth instalment of the festive comedy drama of Christmas specials.

“Fifty years after the events of the classic fairy-tale, a grown-up Red Riding Hood has established a fearsome reputation within the village of Wolferton as a deadly Wolf Buster, hunting down wolves with her Wolf Blaster and ridding them from the forest forever. Red’s eager and intelligent granddaughter Red Riding Boots wants desperately to become a Wolf Buster herself, having listened to her grandmother tell the famous story many times.

“When two wealthy German tourists Helga and Otto arrive demanding to see a real-life wolf, Plank and his son Chip do their best to con as much money out of them as possible, even if that involves Chip going into the deep dark forest all alone. Boots takes matters into her own hands and hunts down a wolf where she learns from a wise old owl called Twit that the forest is suffering and out of balance, making Mother Nature very angry that the natural order of the forest is being disrupted.

“Boots decides that she must save wolves from extinction after all.”

from The British Comedy Guide